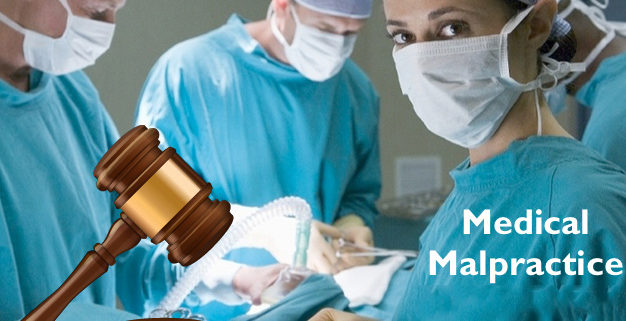 This bill establishes provisions governing health care lawsuits where coverage for the care was provided or subsidized by the federal government, including through a subsidy or tax benefit. The bill does not preempt certain state laws and federal vaccine injury laws and rules.

Noneconomic damages are limited to $250,000. Juries may not be informed of this limitation. Parties are liable for the amount of damages directly proportional to their responsibility. These provisions do not preempt state laws that specify a particular monetary amount of damages.

Certain evidence regarding collateral source benefits (e.g., insurance payments) may be introduced in lawsuits involving injury or wrongful death. Providers of collateral source benefits may not recover any amount from the claimant in such a lawsuit. These provisions do not apply if Medicare is a secondary payer or there is third party liability for Medicaid services.

The bill provides for periodic payment of future damage awards.

A health care provider who prescribes, or dispenses pursuant to a prescription, a medical product approved by the Food and Drug Administration may not be a party to a product liability lawsuit or a class action lawsuit regarding the medical product.

Measure would set nationwide limit of $250,000 on non-economic damages

WASHINGTON — Non-economic damages in medical malpractice cases would be limited to $250,000 nationwide under a bill passed Wednesday by the House.

H.R. 1215, known as the Protecting Access to Care Act, passed by a vote of 218-210. It would cap non-economic damages in medical liability cases at $250,000 in states that have not set a limit. (In those that already have their own caps, theirs would prevail.) The bill was originally scheduled for a vote nearly 2 weeks ago, but was later rescheduled.

The act, which would apply only to cases involving services covered wholly or partly by federal insurance programs such as Medicare, Medicaid, and the Federal Employee Health Benefits Program, would also:

Republicans argued that the measure would save the government money and bring needed reforms to the medical malpractice system.

“We have a federal interest in healthcare, that if there’s federal money involved, the federal government has an interest in limiting these [awards],” said Rep. Steve King (R-Iowa). “The $250,000 cap is reasonable, it’s sustained itself over 40 years in California,” which has a similar law, he said. “If we don’t change the law, we will see these healthcare costs going up.”

Billions of dollars are currently spent each year on “defensive medicine” — tests and procedures that aren’t medically necessary but are performed to protect physicians in case of lawsuits, he added.

Rep. Phil Roe, MD (R-Tenn.), an ob/gyn, also spoke in favor of the measure. “My insurance premiums increased from $4,000 to $50,000 per year by time I left practice [after 31 years],” he said, noting that he accepted patients with all types of insurance, including patients with complex problems. “When you’re taking care of patients with elevated risks, you get more negative outcomes, increasing the risk of lawsuits … and this decreases access to care.”

Roe also introduced an amendment to the bill that would mandate that expert witnesses be from the state in which the case was being heard or a contiguous state, and be in the same specialty as the physician defendant. His amendment was passed in a voice vote.

Democrats opposed the bill, arguing that it would hurt plaintiffs in malpractice cases. “This bill will severely limit when an injured person is allowed to bring a suit by shortening the time to seek relief,” said Rep. David Cicilline (D-R.I.). The cap on pain and suffering would “benefit insurance companies and wrongdoers. This cap even applies to intentional acts of misconduct. The legal system should work for the benefit of hard-working Americans, not for the powerful special interests. … Middle-class families need to see that we’re on their side.”

Rep. Ted Deutch (D-Fla.) noted that Republicans said the bill would not cap any damages that could be catalogued with receipts. “A young child goes in for a simple procedure and leaves the hospital paralyzed; a young adult requires amputation of the left leg, but the doctor amputates the right leg and the [patient] leaves the hospital with neither … There are no receipts to cover the costs those individuals will suffer for the rest of their lives,” he said. “Why do my colleagues believe they are in a better position to determine how those wronged individuals should be compensated for atrocities that happened to them, instead of allowing a jury of their peers to do the same?”

One Republican, Rep. John Duncan Jr. of Tennessee, also spoke in opposition to the bill. “The bill … could lead to massive expansion of federal authority because it could make almost every medical malpractice case a federal case,” he said. In addition, “$250,000 29 years ago [when these limits were first sought] is not $250,000 today … Conservatives used to believe strongly in the jury system and still should believe in it today.”

The House also approved several other amendments to the bill, including one that would prohibit the introduction of physicians’ apologies as evidence of liability and require patients to obtain a certificate of merit from a medical professional before a case could go forward. Another amendment approved by the House would fix the time at which the statute of limitations begins at either the date the injury occurred, such as with a surgical procedure, or — in the case of longer-running treatment — on the date of the last treatment given. An amendment to allow physicians to use national practice guidelines as a defense against a lawsuit was defeated.

The bill now heads to the Senate, where its prospects are uncertain.